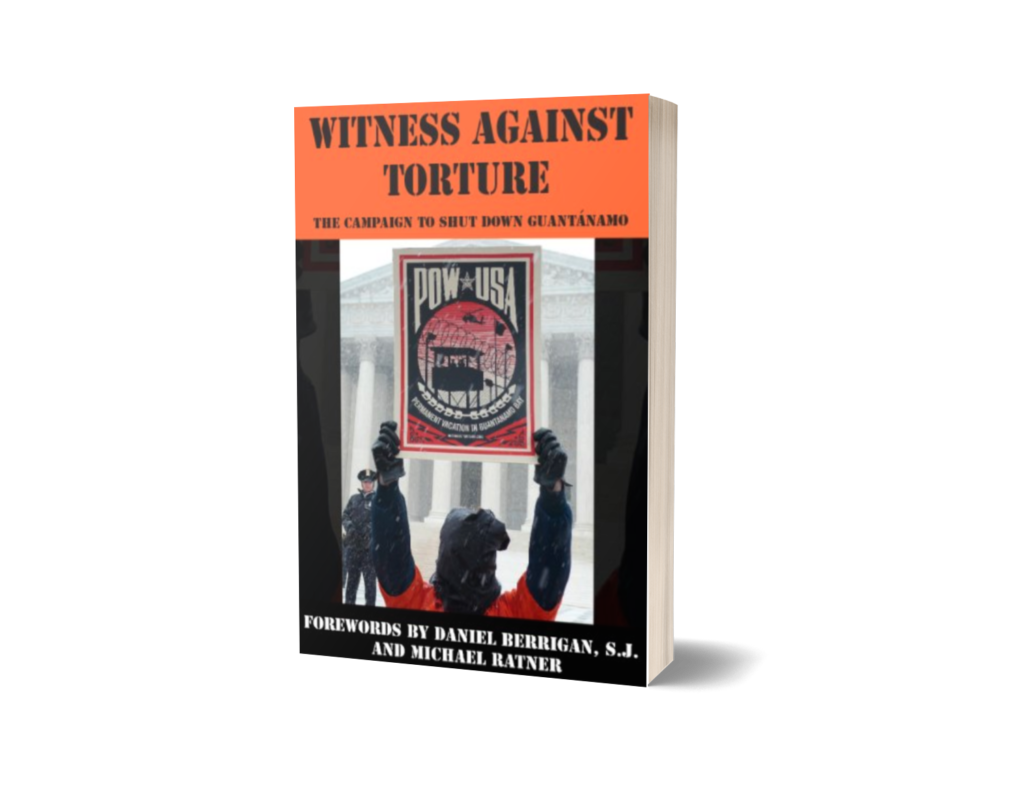 Witness Against Torture: The Campaign to Shut Down Guantanamo

What does it mean to be a conscientious American citizen in these times?

In 2005, as hundreds of prisoners marked their third year of detention at Guantanamo with hunger strikes, a small group of friends were moved to begin fasting one day a week in solidarity with the detainees. A few months later, 25 traveled to Cuba and walked from Santiago de Cuba to Guantanamo in an effort to visit the prisoners and appeal to the humanity of their captors. That first Witness Against Torture vigil at the gates of an American gulag on Cuban soil captured the world s attention.

This book is the story of Witness Against Torture s campaign to close Guantanamo and end torture. It charts the efforts of thousands of American citizens, ordinary people who have confronted that question what does it mean to be a conscientious American? squarely and thoughtfully. It presents the writings of the detainees and their lawyers, the pleas for an end to cruelty and for the restoration of habeas corpus. And it chronicles the actions required when those pleas fell on deaf ears in the nation s corridors of power: the marches, street theater, civil disobedience, and jailings as Witness brought the campaign directly to the White House, the Supreme Court, the Congress, the U.S. Mission to the United Nations, and to parks and street corners across the country.

Witness Against Torture brings to life a campaign that - in the best traditions of the abolitionist, civil rights, and peace movements - has exposed cruelty and injustice and demanded that America live up to its calling. As Witness enters what it hopes will be its final chapter, the 100 Days Campaign to Close Guantanamo, this book serves as a reminder of what ordinary citizens have done to save the soul of the nation.

I want to express my heartfelt support for the people in Witness Against Torture, who have made this extraordinary journey to Guantanamo to speak for millions of Americans who are horrified at the torture and abuse of human beings who have not been found guilty of any crime. Those who protest against the horrible practices at Guantanamo represent the best in our country, and want to say to the world that our government and its policies in Guantanamo violate the principles this nation is supposed to represent. It is therefore the responsibility of all of us as citizens, both of the nation and the world, to speak out for human rights. —Howard Zinn, author of The People's History of the United States

In the military, there is the concept of calling in artillery onto your own position. It refers to heroic action taken in desperate situations for a greater good. That's essentially what these 25 courageous Americans are doing by their actions. They accept that there may be an adverse consequence to them personally but they believe drawing attention to the issue is worth the sacrifice. —John D. Hutson, retired United States Navy Rear Admiral, Attorney, and former Judge Advocate General of the Navy

Let me, first of all, express my appreciation for you, your organization, and the causes you espouse. I, too, have long felt that Guantanamo should be closed and we quite clearly share the same views about cruelty. Having often had occasion to wonder why the American public was not more offended and vocal by Guantanamo and our policy of cruelty, I can only feel admiration for your conviction and activism. —Alberto J. Mora, U.S. Navy General Counsel (Retired)