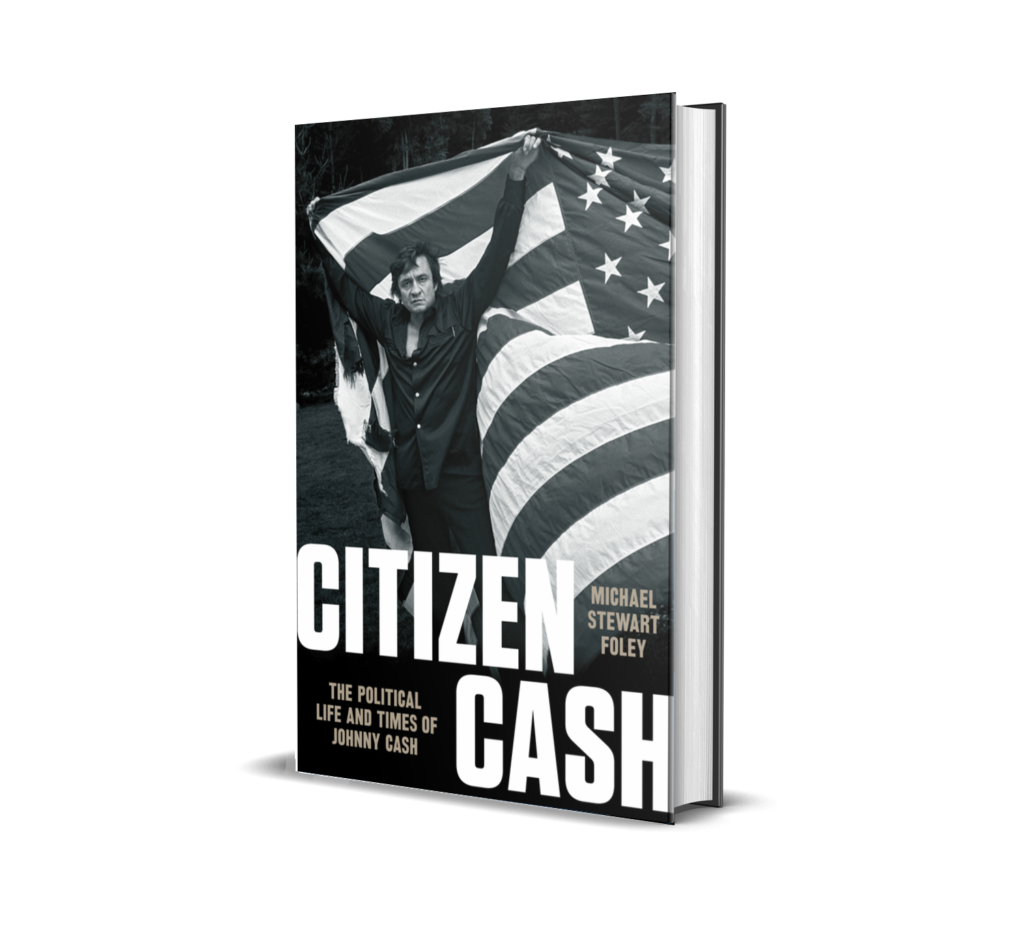 Citizen Cash: The Political Life and Times of Johnny Cash

Johnny Cash was an American icon, known for his level, bass-baritone voice and somber demeanor, and for huge hits like “Ring of Fire” and “I Walk the Line.” But he was also the most prominent political artist in the United States, even if he wasn’t recognized for it in his own lifetime, or since his death in 2003.

Then and now, people have misread Cash’s politics, usually accepting the idea of him as a “walking contradiction.” Cash didn’t fit into easy political categories—liberal or conservative, Republican or Democrat, hawk or dove. Like most people, Cash’s politics were remarkably consistent in that they were based not on ideology or scripts but on empathy - emotion, instinct, and identification.

Drawing on untapped archives and new research on social movements and grassroots activism, Citizen Cash offers a major reassessment of a legendary figure.

“This is an important reassessment of one of American music's greatest performers, revealing a complex artist of the first magnitude who used his art and empathy to parse for him the contradictory times he immortalized in his work.”

“Certain old-timers in Nashville talk about Johnny Cash with a particular and complex form of respect. I had to read this book to find out why and am left with my own respect for its author.”

—Ben Ratliff, author of Every Song Ever

“History is written for an era as much as about one, and historian Michael Foley has given us a Johnny Cash that speaks to our divided nation. Foley’s Cash offers a ‘politics of empathy’ that transcends political division; he is a man shaped by the particulars of history, but also a man capable of change. Foley beautifully combines historical biography with his knowledge of Cash’s music and its context. This is masterful work!”

—Beth Bailey, author of Sex in the Heartland

“Michael Stewart Foley has written a book about Johnny Cash, and I cannot think of a better match of an author and subject. Foley shows how Cash’s deep reserves of empathy and insight made him an artist for his time (and ours). This book will change how you think about Johnny Cash.”

“Citizen Cash is a big-hearted book about a big-hearted artist making his way through a complicated nation. A refreshing, healing examination of what Michael Foley calls Cash’s ‘politics of empathy.’ In Foley’s compassionate take on the Man in Black, we get an earthy sense of public citizenship that was as deep as the man’s voice. Read it and feel better about who we are as a diverse people in a troubled land.”

“In this compelling biography, Michael Stewart Foley recovers the ‘Man in Black’ as a prophetic political voice who used his microphone to plead the case of ordinary Americans, criticize the powerful, and prod his listeners to envision a better world. He shows how Johnny Cash combined empathy and entertainment, bringing together religion, a country vernacular, and lyricism to challenge injustice and inequality in a country that he loved. This is a moving, important book.”

“What does it mean to be a political artist? For an artist to ‘be political’? In a timely and finely researched meditation on Cash’s takes on incarceration, Native rights, racism, and the war in Vietnam, Foley embraces the messiness of politics in public. We get Cash the researcher, Cash the documentarian, Cash the curator, and Cash the empath. We get a book that re-establishes Cash as a fascinating prism for looking though some of the most urgent issues still haunting American political life.”

“From the New Deal to the Nixon presidency, Michael Foley weaves Johnny Cash into the historical fabric of the twentieth century. With his usual sharp insight and keen eye for storytelling, Foley artfully crafts Citizen Cash as a biography, a music history, and a cultural diagnosis. Political currents ripped left and right in Cash’s America, but the iconic singer navigated the roiling waters with a common-sense empathy for the underdog and suspicion of the powerful. Foley gives us Cash the “public citizen,” a ballast for the nation as it came together and then came apart.”

“Most of us remember Johnny Cash as a country music star, a celebrity who projected a loner, outlaw persona. Michael Stewart Foley has done an excellent tear-down of that image by focusing on a key virtue of Cash – his immense empathy for the underdog.  Foley draws our attention to the many complexities of Cash – a man full of religious faith, memories of a troubled family, and a fear of what wars can do to the people who fight them. Citizen Cash shows us a man who made empathy into art while responding to the historical crises America faced during the late 1960s. Well done, and a fun read as well.”

—Kevin Mattson, author of We’re Not Here to Entertain