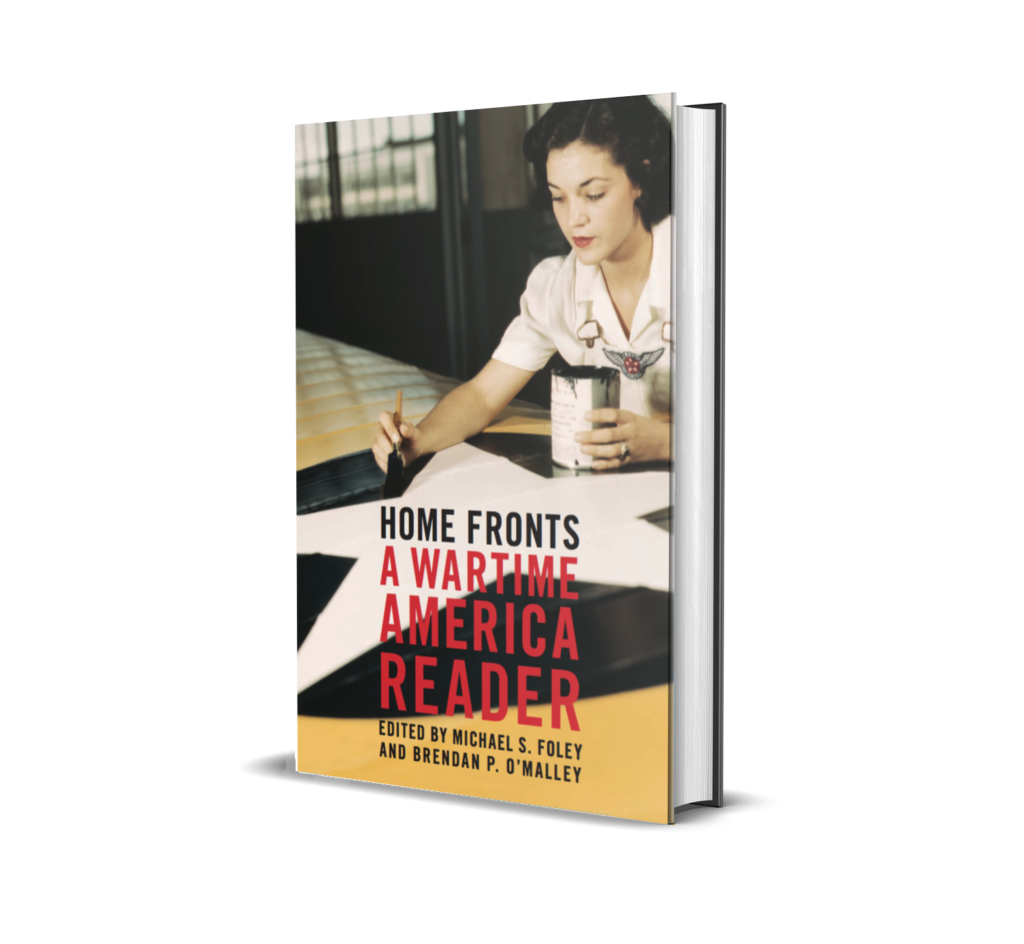 The United States has been at war for seventy of the past one hundred years. And even as American soldiers have fought overseas, war has profoundly influenced almost every aspect of American society on the home front—as this startling collection of wartime letters, song lyrics, poems, editorial cartoons, newspaper articles, leaflets, and government documents (from the Spanish–American War and World War I to the Vietnam War, the Persian Gulf War, and the war in Iraq) reveals. Home Frontsoffers a vivid cross-section of American intellectual, political, and cultural life in wartime over the past century. Here are brief excerpts—set into historical context with concise introductions—from the most important work by intellectual luminaries, political activists, poets, songwriters, and presidents.

Across the rich variety of social commentary, political critique, and artistic expression—which covers the full spectrum from pro-war to peacenik—Home Fronts brings into sharp focus the startling continuities and revealing contrasts between past and present wartime experiences. A major historical resource, Home Fronts will also be an important intellectual tool for anyone contemplating the impact of war in our own time.

"Foley and O'Malley have collected the ditties and diatribes, the jingoes and the dissents, from presidents to protesters and from San Juan Hill to Falluja.  All of them come alive in this incomparable collection of Americans' response to wars and weapons over more than a century."  —John Prados, senior fellow, the National Security Archive, and author of Safe for Democracy: The Secret Wars of the CIA

"Home Fronts is a rangy, unpredictable, and thoroughly fascinating documentary collection that awakes curiosity about American life during wartime."  —Christian G. Appy, professor of history, University of Massachusetts, Amherst, and author of Patriots: The Vietnam War Remembered from All Sides

"Home Fronts reveals the intricate connections between overseas conflicts and American social, economic, political, and cultural history.  These documents convey the sadness, humor, outrage, and pride with which Americans have shaped and confronted their war experiences over the last century."  —Andrew Huebner, author of The Warrior Image: Soldiers in American Culture from the Second World War to the Vietnam Era