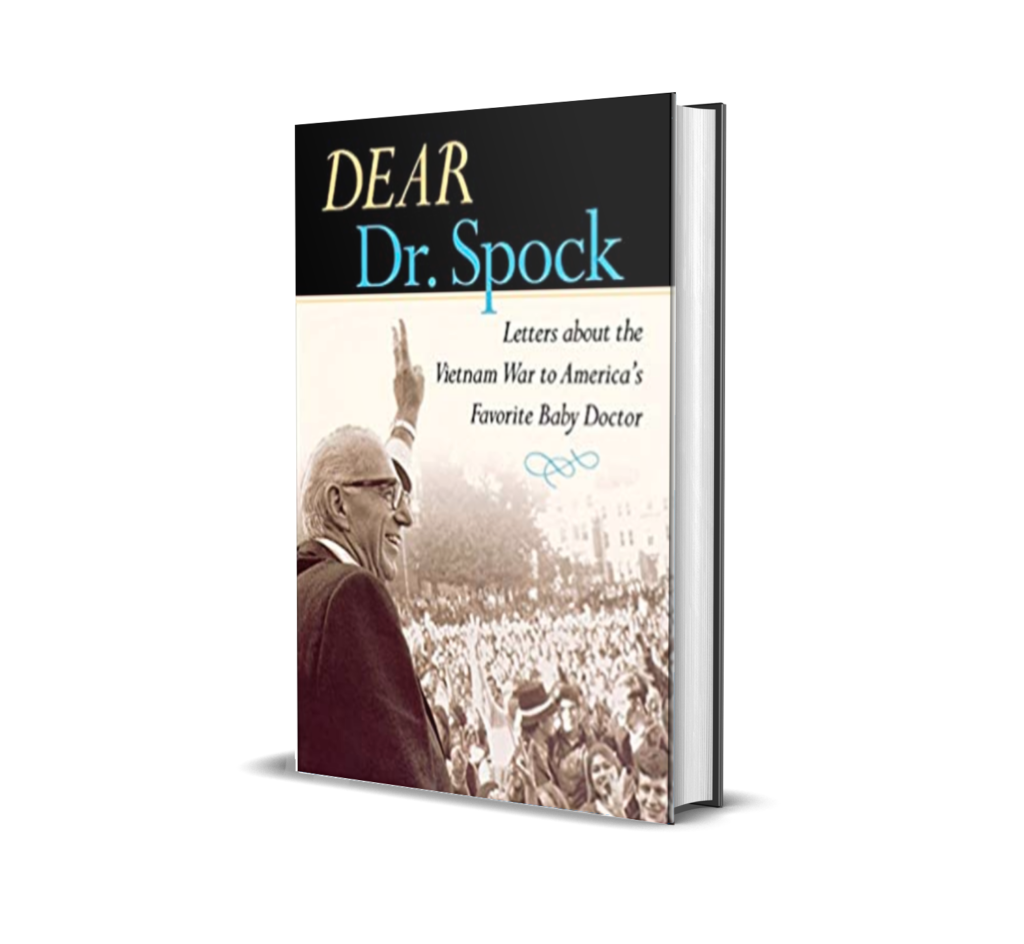 At the height of the Vietnam War, thousands of Americans wrote moving letters to Dr. Benjamin Spock, America’s pediatrician and a high-profile opponent of the war. Personal and heartfelt, thoughtful and volatile, these missives from Middle America provide an intriguing glimpse into the conflicts that took place over the dinner table as people wrestled with this divisive war and with their consciences.

Providing one of the first clear views of the home front during the war, Dear Dr. Spock collects the best of these letters and offers a window into the minds of ordinary Americans. They wrote to Spock because he was familiar, trustworthy, and controversial. His book Baby and Child Care was on the shelves of most homes, second only to the Bible in the number of copies sold. Starting in the 1960s, his activism in the antinuclear and antiwar movements drew mixed reactions from Americans—some puzzled, some supportive, some angry, and some desperate.

Most of the letters come from what Richard Nixon would have called the “silent majority”—white, middleclass, law-abiding citizens who the president thought supported the war to contain Communism. In fact, the letters reveal a complexity of reasoning and feeling that moves far beyond the opinion polls at the time. One mother of young children struggles to imagine how Vietnamese women could endure after their village was napalmed, while another chastises Spock for the “dark shadow” he had cast on the country and pledges to instill love of country in her sons.

What emerges is a portrait of articulate Americans struggling mightily to understand government policies in Vietnam and how those policies did or did not reflect their own sense of themselves and their country.

"Few documentary collections offer such an immediate connection to the years in which the Vietnam War was fought. Reading these letters now, when the U.S. is once again at war, is a profoundly moving experience."  —Marilyn B. Young, author of The Vietnam Wars, 1945-1990

"Foley has discovered a unique source on the American home front during the Vietnam War, a perspective that moves us past the usual images of angry polarization. These powerful letters help us to consider how war-times induce people to look with new eyes at their nation and their government."  —David Farber, author of The Age of Great Dreams: America in the 1960s

"These letters with Michael S. Foley's astute and informed commentary make clear why and how so many Americans trusted Benjamin Spock. The body politic sorely needs a Doctor Spock today."  —James Carroll, author of Crusade: Chronicles of an Unjust War