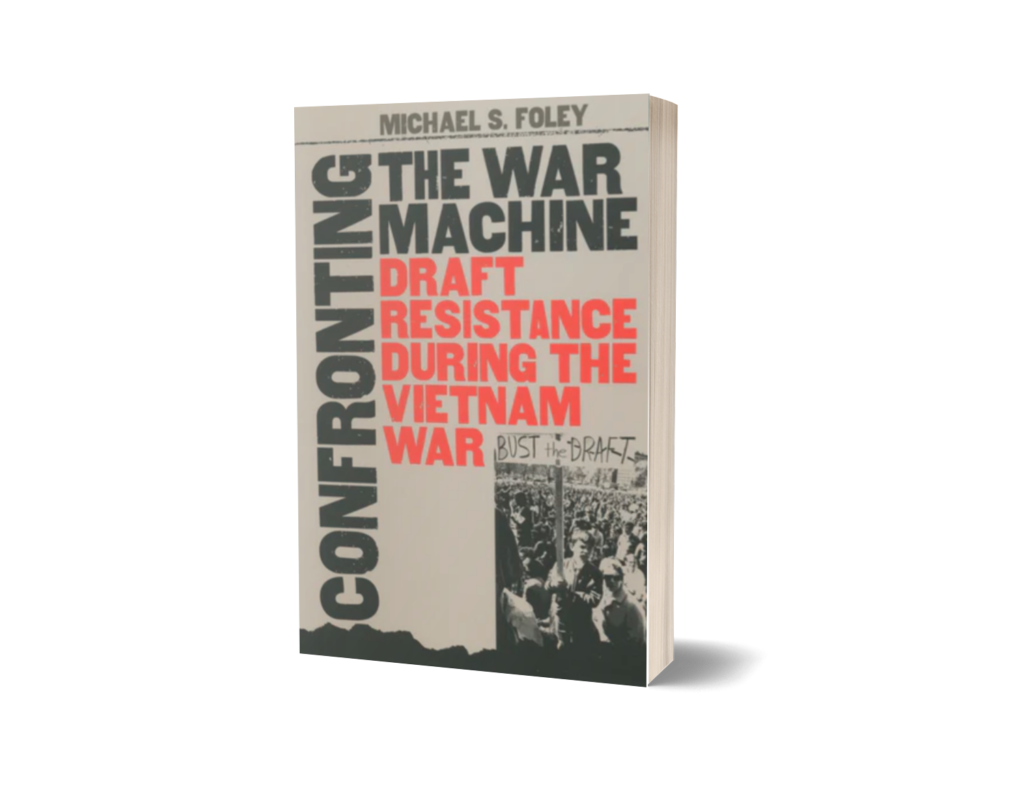 Confronting the War Machine: Draft Resistance during the Vietnam War

Shedding light on a misunderstood form of opposition to the Vietnam War, Michael Foley tells the story of draft resistance, the cutting edge of the antiwar movement at the height of the war's escalation. Unlike so-called draft dodgers, who left the country or manipulated deferments, draft resisters openly defied draft laws by burning or turning in their draft cards. Like civil rights activists before them, draft resisters invited prosecution and imprisonment.

Focusing on Boston, one of the movement's most prominent centers, Foley reveals the crucial role of draft resisters in shifting antiwar sentiment from the margins of society to the center of American politics. Their actions inspired other draft-age men opposed to the war--especially college students--to reconsider their place of privilege in a draft system that offered them protections and sent disproportionate numbers of working-class and minority men to Vietnam. This recognition sparked the change of tactics from legal protest to mass civil disobedience, drawing the Johnson administration into a confrontation with activists who were largely suburban, liberal, young, and middle class--the core of Johnson's Democratic constituency.

Examining the day-to-day struggle of antiwar organizing carried out by ordinary Americans at the local level, Foley argues for a more complex view of citizenship and patriotism during a time of war.

"A meticulous recounting of the origins of the movement in Boston, its national expansion, and its changing ideology and tactics. . . . Foley's thoughtful conclusion reviews the overall impact of the resistance movement." —International History Review

"This book deserves to be regarded among the important monographs now filling out our understanding of that tumultuous period." —American Historical Review

"Foley's book, in which well-chosen anecdotes are matched by solid analysis, rings true to a reviewer who was a friend of many of those involved in the resistance movement, as well as an observer of antiwar actions in Boston." —Boston Globe

"Provides a thoughtful (and passionate) interpretation of the antiwar movement that is one of the best and most nuanced now available." —Choice